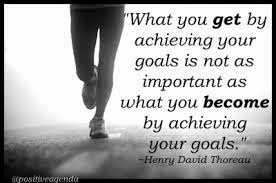 2-2 doesn't get me to 10% growth but it didn't hurt me too much either. 7% for the week and 31% for the month are numbers I can certainly live with. Not sure how the Clippers can live with themselves, however.


Today there isn't a lot to choose from which makes me hesitant to play anything today. The Dark Night is pitching against St Louis but he is facing a decent pitcher in Lackey so I usually stay away from these types of match-ups.

Hammels is pitching for the red hot Phillies but it's at Coors field which usually means stay away however the price is pretty cheap for a solid pitcher and a hot team.

The Marlins and the D'backs' numbers for runs scored look good however both Haren and De Le Rosa are capable of shutting things down.

The Indians/White Sox game features two solid pitchers coming of great outings so that could mean one or both of them come back down to earth however I don't' trust either of these teams offense even if that happens. Having said all of that the value in my opinion lies with the Phillies.

However a late pitching change has me taking the Angles for the early game.

Which brings us to the ice. The Bolts are a dog and need to even the series. If they don't the series might already be over. I know game 2 can't really be considered a must win game but the Bolts need to treat it as one. There is value in taking the Bolts here.