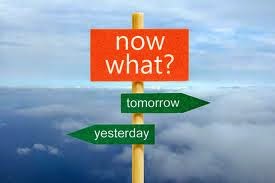 6-6 last night and boy what a night it was; an instant classic game 7 and the fight of the century. It also brought lessons to be learned.

First and foremost why I didn't bet on the big fight is simple; I don't trust boxing. Call me a conspiracist but I've seen a lot of strange things happen in sports and boxing is no different. Too much money to be made on a rematch and you only have to convenience one guy to go your way. Id rather pass.

Secondly, some lessons were learned yesterday. One I should have trusted my instincts regarding the Cubs and I should have taken the points on the Spurs. My ego and emotions got in the way of both plays. I have an affection for the Cubs and I can't stand the Clippers so I took the Spurs to win. If it was just two NBA teams playing I would have certainly taken the points and won the bet.

Let's set them up then and go for all three...

The problem with going for goal 3 is that I will need to risk more than 10% of my bankroll to achieve the goal unless I go with parlays which as we all know are sucker bets. But I have a backdoor. I have over $5.00 in bonus cash which I can get half of playing both sides of one play. So regardless of what happens today I have $2.50 coming to me...let's have some fun.

Baseball plays are pretty straight forward. The two overs are on games where pitching is rated low and hitting is rated high. The Cards game is a simple matter of taking the team better pitching and hitting. The Padres play is mainly having faith in Shields art home against a suspect Rockies pitcher. I don't anticipate the line staying at even money because SportsPlays has the wrong pitcher listed so they will probably revoke the bet, which they have done before when they have posted a bogus line. If the line isn't too terrible I will play the new line so stay tuned for that.

The two series today are fascinating to me from a totals perspective. The Wiz/Hawks total is 198. During the regular season the Wizards played a slow half court game and relied on their defense. However as we saw in the Toronto series they found success attacking the rim and getting up and down the court, I see a lot of that in this series because we know Atlanta can score in bunches so I think the over is in play the entire series.

The Griz/Warriors total is 196.5 but I suspect it moves to at lease 197 by tip. Mainly because the public doesn't like betting unders and the see the Warriors as a high scoring team, which they are but they also play very good defense. Memphis loves to slow each offensive possession down and go for one shot with less than 10 seconds on the shot clock. I see them continuing to do this because they probably feel that the only way to beat the Warriors is to slow the game down and not get into a track meet. This combined with the Warriors tendency to want to hurry possessions and play defense of their own should result in low scoring games. I also think Warriors giving 10 is a complete over reaction by the public and Memphis is better than a 10 point dog no matter who they play.

The NHL provides some opportunities as well. The Bolts have shown they can beat the Canadians time and time again, 5-0 this season,and I see that happening again today.

The Wild, in my opinion, are flat our better than the Blackhawks in almost every facet of the game. Game 1 showed that as they came back from being down 3 goals. With Crawford's struggles in the net I like the Wild and the extra juice. The over is a good play as well.