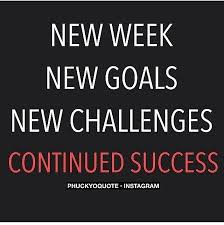 Today two aces are taking the mound along with a couple of teams that struggle to score.

Kershaw and King Felix are taking the mound today against the Cubs and Royals respectively.

Normally I'd shy away from going against the Royals because I think they have a championship make-up, however, you are only as good as your starting pitcher and well today that's Joe Blanton. As long as King Felix turns in a good outing I see the Mariners wining this one.

The cubs are trotting out a guy that is a pitch to contact hitter and in my opinion the worst pitcher in their rotation. I can't imagine the Dodgers scoring less than 3-4 runs. That's pretty much all Kershaw needs as he is a strikeout pitcher and the Cubs have been whiffing over 20% lately.

The Indians are in the bottom 5 for wOBA and runs scored and a below wOBA against lefties. We saw this when they faced Wada from the Cubs as he shut them down for 7 innings, and you know how I feel about Wada. The Indians are starting Bauer who is an above average pitcher coming off a 7 inning shutout against the Cubs. I see him holding his own and the Indians struggling to score keeping the total under 9.

The other under at 9 I see coming through is the White Sox Twins game. Both teams are in the bottom 5 in OPB and runs scored and the White Sox are in the bottom 5 in wOBA. There is some risk with Danks, but he has been decent the last few starts as well as Milone the Twins starter. I see both these pitchers navigating through the lineups and this one turning into a one run ball game in the late innings.