Last week I started off in a big hole and it took me all week to climb out of it. Obviously I don't have any control over what happens on any given night but I did lay off some NBA plays and tried to make only good picks, not to mention the Monday Night Football game.

The important thing to remember is that whatever happens at the beginning of the week should not affect how you bet the rest of the week. If you lose then you can't increase your units and start chasing. If you win, you can't get careless with your winnings or you will go broke. The amount of units you win or lose happens in a vacuum. Improve your craft to win more plays or increase your winning percentage and the units will take care of themselves.

The Celtics (-3.5) bounced back nicely after in Memphis their inexcusable loss to the depleted Jazz. They are on the road again to face probably the 4th best team in the East the Indiana Pacers. The Pacers played on the road last night and now they have to host the best team in the East right now. I know a team being tired is not great analysis but this will be a factor in this game especially if the Pacers try to play at their normal pace of 100 while the Celtics are already a better shooting team will have their legs under them and should shoot better than the Pacers and ultimately cover. I also like the over (206) in this one but it's not a system play and it's a bit contradictory to my analysis on the Pacers being tired so I'm not going to break it down anymore than I just have a feeling.

The Atlanta Hawks (+1.5) are hosting the banged up Miami Heat with Whiteside already out and Waiters and Dragic listed as questionable. The Hawks have been a covering machine lately at 53% ATS. With such a short spread we figure this game might be close but if either Waiters or Dragic sit I think Atlanta will win comfortably due to their better offensive efficiency and effective FG% 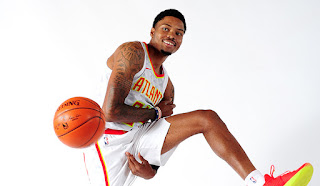 The Denver Nuggets (+5) travel to OKC to tangle with the Thunder. This is a rematch of game that the Thunder lost in Denver a while back. I like Denver getting points but what I really like is that everyone thinks the Thunder are fixed now since they won 2 out of their last 3 but are really 3-3 in their last 6. But what I really like about going against OKC3 is that Steve Adams is out. IMO Steve Adams is one if the most underrated played on that team since he can not only clog the lane and do the dirty work he also can score when they get him involved. Dakari Johnson and Nick Collison are not the answers. Jokic should be able to get whatever he wants down low and be able to defend Denver's rim with no inside presence to worry about. 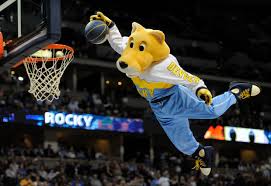 Until the Rockets (-12) loose with CP3 I'm ridding the gravy train. Granted they messed around with the Bucks too long and let them hang around but against a Jazz team that has health issues Houston should roll at home.

Like the Celtics vs. Placers over I have a feeling the Blazers (+4) will cover against the T-wolves mainly because the T-wolves are notorious for blowing 4th quarter leads and Portland has the back court to score and score quickly. Until Minnesota stops quitting in the 4th I won't trust them.

Are you ready for some football? The Atlanta Falcons (-6) take their super bowl shuffle to Tampa to fave Fitzmagic and the hapless Bucs. This season has been an absolute disaster for the Bucs and IMO it will continue until either Winston matures, quickly, or they get rid of him. The whole eating a 'W' thing and the dumbass actions he makes just drag a franchise down. This team doesn't know how to play through adversity and certainly doesn't know how to win. I love the Falcons in this spot still playing for everything. 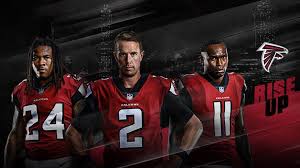 The Spurs (-11.5) are playing at almost full strength and even if they weren't I'd take them at almost any price against the Clippers. As we know the Clippers are a mess and Pop is not going to continue to let the Spurs turn in lazy performances. I have a feeling the Spurs start fast and never look back.

Finally we have the Warriors (-5.5) at IMO a pretty good price against the Lakers. What's interesting about this game is that they are retiring both of Kobe's jerseys which is just stupid. Can't he just pick one? Secondly I can't stand how Kobe is so celebrated even though he is a rapist, ball hog, and a terrible teammate. Anytime you have something like this before a game the home team is kind of on an emotional roller coaster and with the Lakers youth I don't think they are going to be able to "get up" for this one. This is one of the reason I like the under (218) as well. 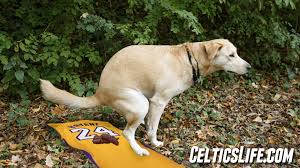