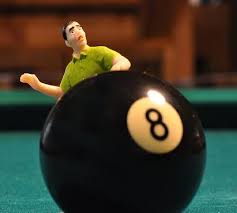 That's me again after going 1-5 in what is probably one of the most frustrating nights in baseball I've had in a very long time. It started withe Pirates BP meltdown which caused me the run line, and ended with the Doyers once again not being able to score any runs when Grienke is pitching.

I have one and only goal today and that is to get back to even. To achieve that I need to win $3.75 today.

I looked at umpire stats today to help me navigate through today's plays and the more research the more apparent it was that it is very important to know who is behind home plate and their tendencies which I will mention in my write ups.

The Braves and the Mets square off today with a high gas can alert. The Mets are rolling out Dillon Gee who is coming off bereavement, yes he might find some inspiration but doubtful since he is dreadful against lefties and the Braves have many. The Braves are trotting out their own version of Gee who has given up 9 runs in his last two starts. With a total of 7.5 I don't see getting 8 runs between both these squads an issue.

On the opposite end of the spectrum we have two excellent pitchers going today at pitcher friendly PNC park. Both Hamels and Burnett have dominated and won against each other's respective teams so I don't see anything changing here. Yesterday notwithstanding the Pirates have a decent bullpen and if Hamels can get 7 innings I think the under is reachable at 7.

The third play I like today is the Nats. Yes Scherzer is coming off two bad starts but the Brewers offense is nothing like the Yankees and the Jays. I see Mad Max getting right back on track not having to face a DH The home plate umpire Tichenor has a home underdog record of 1-3 and a under record of 7-3. If he continues this trend and calls this game towards the under that only benefits the Nats.

Even though the Ranger's Martinez is pitching well he doesn't fair well at home going 2-2 with an ERA of 3.89. Phil Hughes the Twins starter is has been terrible of late surrendering 13 homers this year. I see the Rangers feasting on Hughes and if Martinez gives up a couple which he should, 9+ runs is within reach.

Finally we look at the D'backs Giants series for more runs. The first two games have been disappointments as the Giants seam to have forgotten how to hit. But today I'm counting on the D'backs to get a few off of Heston. Typically when a pitcher throws a no-no his next outing is less than stellar. So I see Heston giving up at least 3 runs. The others will have to come from the Giants but that shouldn't be a problem since Rubby De La Rosa is on the hill with an atrocious 5.84 ERA. Here is a perfect opportunity for the Giants to break out of their funk. Finally the home plate ump Hamari has a 9-4 record of overs. I see 8 runs well within reach.

Depending on how the day goes I might add a NBA play...or buy some more of the over in the D'backs/Giants game.