Today's Line - Good To Be Back

I had some up and downs over the last week or so including a big loss last night on the Clemson Tigers. I was pushing a bit trying to get my units lost to a respectable number on CapperTek and it kinda backfired on me. If you look at my CapperTek site you can see that for the last six months in CFB I'm 68-67 with -20.66 units lost. If the Clemson QB played with his head out of his ass I'd be close to even. But the Sith Lord himself pulled another one out and Clemson is done and we are forced to watch another SEC championship game.

Regardless of all that bullshyt I still have a plan to get my units lost down to a respectable number. One way is simple; go all in on Bama once the line goes down to 3. How do I know it will go down to 3? I don't but I have a feeling the number is a bit too high even though the market is disagreeing right now.

The number opened at 4 and is at 4.5 in most places, but again I don't see this staying this high because I think the sharps will take Georgia at 4 or 4.5 and that will force it to come down to that key number of 3 or 3.5 and that is where I will take Bama even if I have to buy the hook.

I also like the 1Q under which will hopefully be at 10 or higher. AS you can see there are many opportunities to make a profit on this game.


The NFL was decent over the last two weeks as I went 9-7 with a profit of 1.44 units and 4-2 with a profit of 1.79 in Week 17 despite the fact that the Saints couldn't stop Tampa in the 4th quarter and the Skins got shut out in the second half by the Giants. I also find it hilarious that Seattle couldn't get a win at home against a QB with a torn ACL and the Ravens couldn't get it done at home against the Bungles. 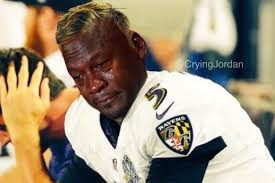 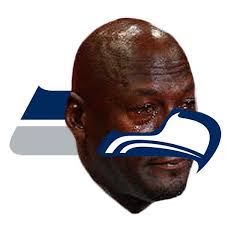 The NBA was a bit of a mess last week as well as I went 23-28 with a loss of 9.15 units over the last 2 weeks and 11-14 with a loss of 6.03 units over the last 7 days. I've always said that the NBA doesn't officially start until after Christmas and after getting good data from the days after Christmas I went 8-5 with a profit of 0.24 units. I know it's not much but at least it's going in the right direction and so far I think that OKC is figuring it out, the Cavs can't cover anything, and the Warriors are about to make a run. 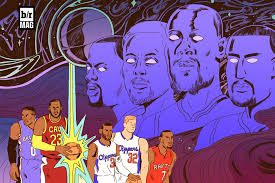 For CBB I took a ML parlay (-155) with Xaiver and Kansas both at home. Kansas was easy, they hardly ever lose at home and I don't think TT is that good. Xaiver might struggle a bit with Butler for most of the game but home court will help them get a win.

For the NBA I like Portland (+8) at Cleveland. K-Love is a bit banged up and I'm not so sure IT is going to solve all of Cleveland's problems in the first game. The Blazers have a pretty dynamic back court and I don't think the Cavs will be able to handle them. Not to mention Portland leads the Cavs in floor percentage, true shooting, and offensive efficiency. That's a big three!

I'm in the minority with the Spurs giving points on the road but I don't care. They had a awful showing in their last game and rarely do they turn in two stinkers in a row. I also like the under in this one (201.5). Both teams go under at a huge clip coming off 2-3 days rest.

Phoenix (-2) is another play I'm in the minority on but I love Booker and the way he plays. He can drop 40 in any game and I really only like Atlanta when they are a bigger dog then just 2 points.

I might be crazy for taking the Kings (+4) at home but hey lead Charlotte in every single statistical category that I follow except one. This is a "slam dunk IMO.

I've been a fan of the Clippers ever since Griffin came back but not tonight. Memphis (+5.5) has been playing better over the last few days covering 4 out of their last 5 games and they are getting points in a game where I like the under (206) as well. Memphis also is leading the Clippers in all but one category I follow.